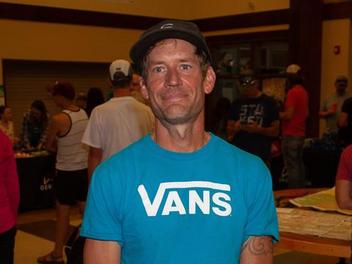 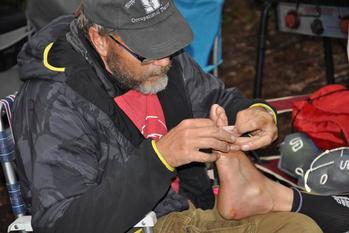 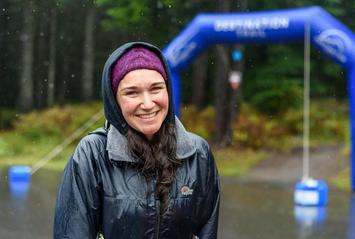 Volunteer@destinationtrailrun.com, Kristal@destinationtrailrun.com
Kristal has worked for Destination Trail since 2016 when she began helping with volunteer coordinating and race logistics. She has since taken over much of the day-to-day Race Directing as well as logistics and outreach. She's a talented organizer with a passion for the outdoors and the running community.

Kristal was born and raised in Washington. She loves the mountains whether she is running trails or playing in the snow. She  found her love for running in 2005 when her youngest child was 1. Originally running road half and full marathons, but discovered her love for trail running in 2009 at her first trail race on Orcas Island and never looked back. Kristal has run many trail ultras and still to this day her favorite distance is 50 miles.

When Kristal isn't racing, you can find her volunteering at races to be part of the wonderful running community, enjoying her three children or on an adventure spent running the trails in the mountains, taking photos and enjoying a good local beer. Kristal works as a Race Director managing race logistics, volunteer coordinating, permits and community outreach.

With a life full of countless hours of service as a Battalion Chief, Brian has had many opportunities to oversee anything medical and emergency related.  Brian worked as Medic 2, our 2nd in charge on our Medical Team, in 2018 and took over the lead director role in 2019 for our Triple Crown of 200 milers.  Brian has assisted in numerous rescues for Destination Trail, including a helicopter rescue out of the most remote part of the Bigfoot 200 course in 2018.

Brian and his wife of 30 years, Theresa, are currently living a life full of adventure by traveling the country full-time in their RV.  Brian and Theresa have three kids: Briana, Emma, and Kyle.  Brian has completed several 100's, and loves training in the Grand Canyon.  He also has a love for hiking, fishing, photography and runner's feet.

Garrett has been working with DT since 2014 when he helped at the first Tahoe 200. Garrett manages course marking, route logistics and volunteer course marking teams for our 200 mile races. Garrett is a Bigfoot 200 mile finisher, running the race in 2018. Garrett lives and plays in Lake Tahoe where he also builds world class snow parks in the winter for Sierra Playgrounds and solos many climbing routes in the summer. He enjoys snowboarding, skateboarding, rock climbing and of course running! 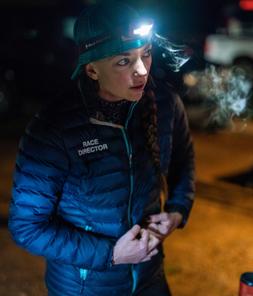